Entrepreneurs, Moms, Dads, I’ve found personally that one of the best opportunities to bond with my kids is by coaching their sports teams. In many ways, as long as I’m going to be there at the games, I’d rather be with them. That’s why I love AYSO. All parents have the chance to volunteer and even if you’ve never played soccer before you can be a great coach, especially at the younger ages from 4-8 years old. 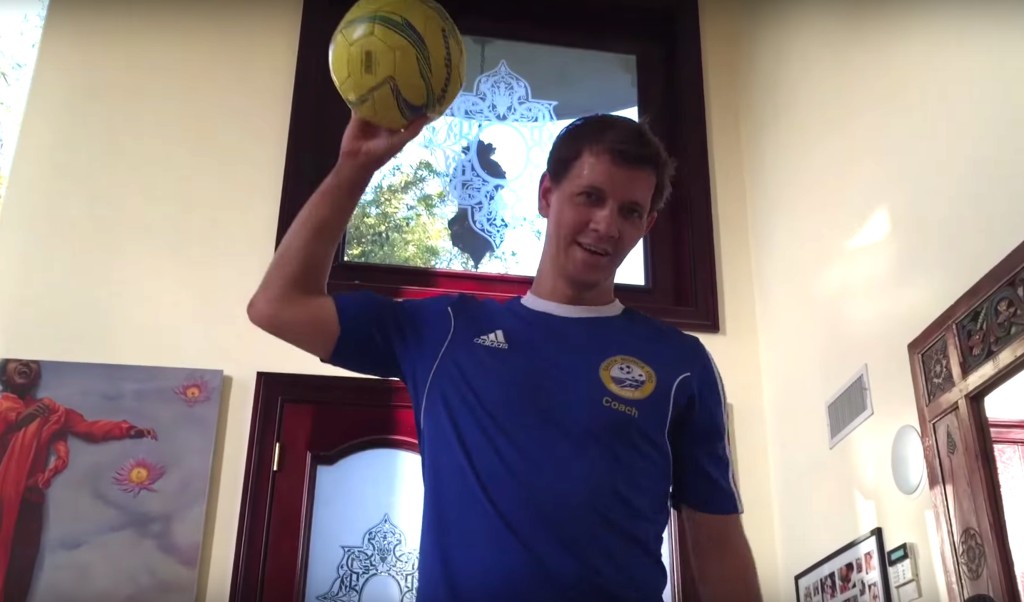 Here’s a quick rundown of some practice tips and games for ages 4-8 when kids are developing a love for the game and still need it to be FUN. Basically, the most important thing at U8 and younger is just to make it fun. That’s the key.
I never say the word “Drill” = they are all just GAMES:

I set up both goals and line them up behind one of the goals, each with a ball. Then I ask them who thinks they can score a goal in 10 seconds? Then I proceed to countdown loudly 10 – 1 as they run towards the other goal and I yell shoot at 0 seconds.

Then they have 9 seconds and they have to run back to the opposite goal. Then 8. Then I make it harder and put a few cones for them to get around. Or do separate lines at the corners going to the opposite goal. Or they have to get around me and I can wave my arms but can’t move my feet. Or I tell them to imagine they have a breakaway and I make loud growling noises behind them and chase them as they run their hearts out. Then 7 seconds. Then I say that nobody ever gets 6, do they want to try it? Then 5… 4, 3, 2, at 1 second they dribble for 1 second and then shoot.

This is the most important game from a skills perspective at this age. It is crazy how many kids get breakaways and then don’t score, because they get nervous, they choke, etc. We talk about that, they guess at why it happens, and there are teachable moments about performing under pressure.

This drill really helps dribbling under pressure. Plus I always start with it because it gets their hearts beating fast.

After this, I tell them we’ll be focusing on dribbling, passing or shooting during that practice.

These two games are personal favorites that the kids can’t get enough of:

1. Snake. For Dribbling. Set up half of the field with cones. All the kids are dribbling their balls, they are all mice. Assign one of the kids as the snake. Everyone wants to be the snake. The snake starts with their eyes closed. He’s hungry. The mice smell good. He can hear the mice, but can’t see them. They’re moving (all of this you can play up loudly as you energize them). The snake wants to get those mice. The mice can’t leave the field. Keep your eyes on the snake and keep your ball in front of you. The snake is about to open their eyes in 5…4…3…2…1… Attack!!!! The snake is now running and they have to touch a mouse (or for more advanced kids the snake has to kick the ball out of the circle).

When the snake grabs a mouse, then the mouse leaves their soccer ball and joins the snake with their hands on the snake’s hips. The snake is longer and hungrier… get another mouse… bam. Another one, that mouse joins as #3 link. Now the snake isn’t as fast, but is bigger, chase down those mice… etc, etc, etc, until there is only 1 mouse left. The last mouse left wins and becomes the new head of the snake. The kids love this game and it is great for dribbling skills.

2. Hurricane Boat. For Passing. I made this one up, the kids’ all time favorite. I set up a round area approx like a half of a small field. Then the kids all join together in the middle, they are a circle, holding hands. I ask them to start spinning slowly. They are a boat. They are at sea. It is a beautiful day, the wind is perfect. The sun is shining. Then… whoosh! something strange happens, the winds change (they start spinning a little more), there’s a storm coming (spinning faster), the winds are so strong you can’t hear your friends, wait! Look at those waves. It is a Hurricane (or Tsunami)!

And on the moment that you yell “Hurricane!” they let go from their spinning and fly outwards with the momentum. Wherever they fall they have to freeze and stand up with their legs spread at shoulder width. 1 kid (the lifeguard) gets chosen and goes outside of the circle. All of his friends are drowning! They have 30 seconds to save their friends. They have to pass the ball from outside the circle between the legs of a kid. If they get it through, the drowning child is saved and they run to outside the circle to help save the rest of their friends. I’m counting down. 20 seconds! More kids are saved as they go out and try to save their friends. Can all the drowning kids be saved? Hurry!! 5 seconds.

You get the drift, this game was so FUN that we had to do it before games by popular demand. The spinning can get dangerous with U8, so I warn them if they spin too fast, we’re not going to do it. Or if they let go early they’re spinning too fast and the point is that the boat needs to stay together, etc, etc.

During the scrimmage, I practice all the “Starts” and have them do them over again a few times. Especially these 4: Kickoff. Throw-ins. Corners. Goal Kicks.

I have a Coach Prize Bag of toys that I get at the 99 cent store. Toys, hot wheels, plastic planes, whatever, all in a bag. I’ve been with winning teams and with losing teams. What makes them all have fun no matter what are the prizes. I have prize game day (I do one early) where if they do one of the following things during the game they get a prize – 1. Make a goal, 2. Make a great pass, or 3. Show great sportsmanship (running and getting the ball for the other team, saying something nice to a teammate, etc, etc).

Hope these help, good luck volunteering, the kids will appreciate it! 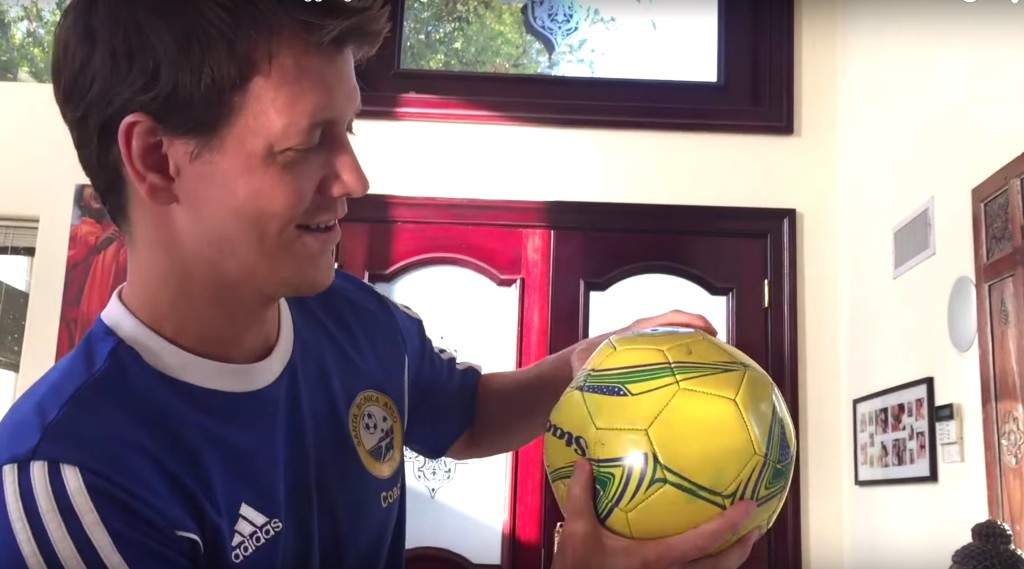 The crowd gathered inside the small, rural schoolhouse. It was Cuba. 1950. And poverty and malnutrition were rampant. Already, the situation had become desperate, and childhood mortality rates continued to climb, particularly in rural areas like this one. To make…