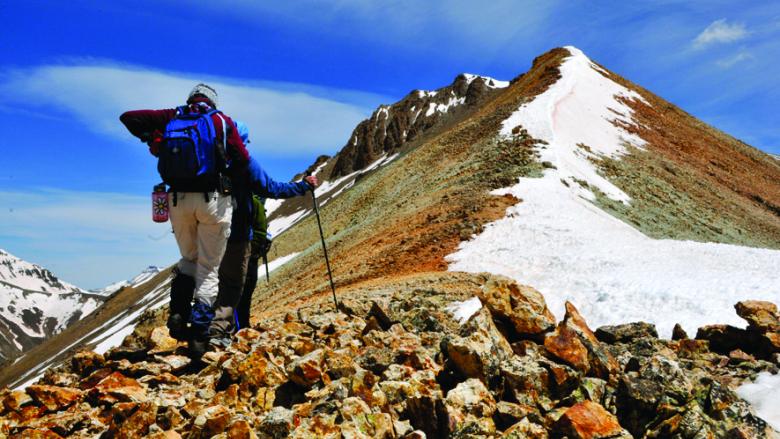 This challenge was heard around the world.

And it ignited the process for a movement to build community soccer fields – the first one near a school in West Africa.  We have artisans in that area and there’s a group of children who really want a soccer field to play in. 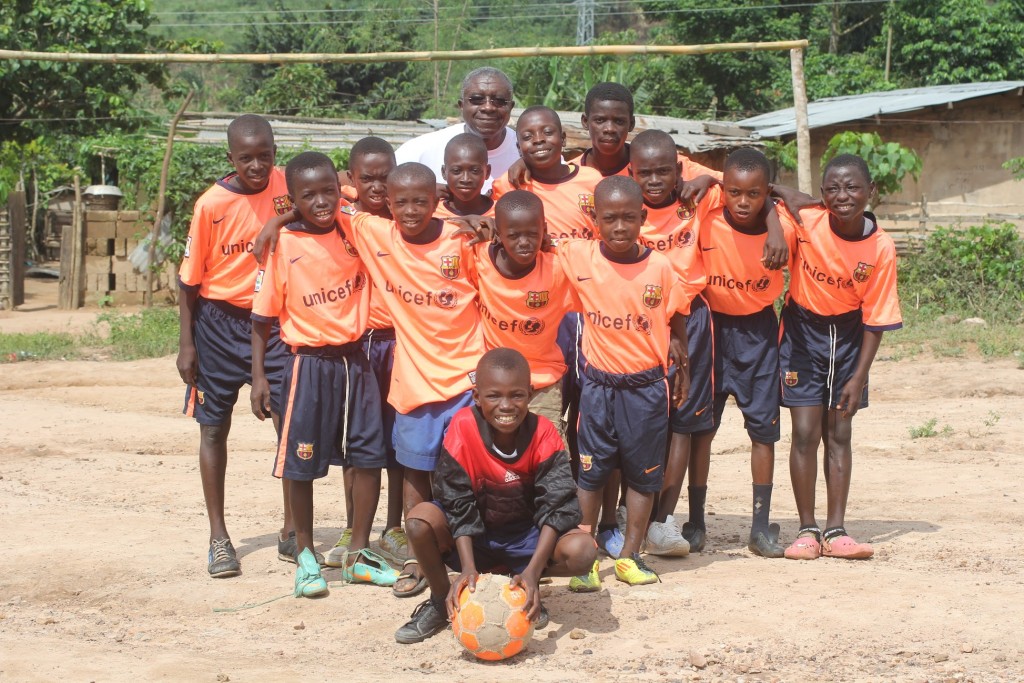 So here we were… less than 30 days later… at basecamp.

All 30 of us.  All gathered at the base of the mountain, including medics, search and rescue, crossfit trainers, a film crew from Matchstick Productions, and youth soccer players: 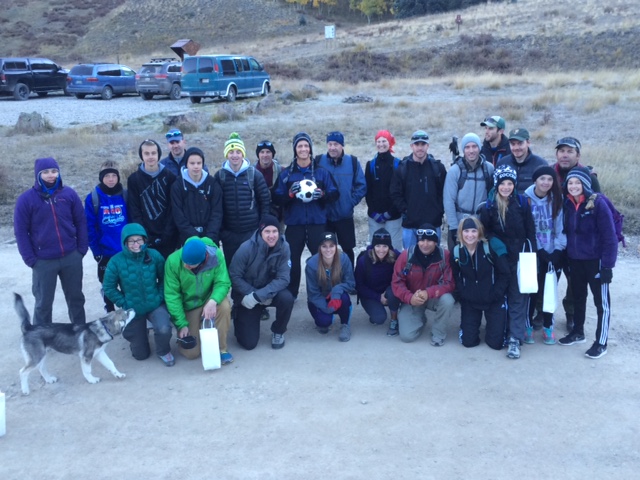 It was freezing COLD in the morning air.

Everyone had gotten up at 3am/4am to make the drive.

We had a committed team, coming together for a single purpose – to succeed today and START A MOVEMENT.

Here’s a clip from our safety briefing prior to departure:

It was cold, but we were pumped up!  Locally-loved and larger-than-life chef Garlic Mike had made individual food bags for us, which gave us a boost of energy as we started the day.

The youth soccer players were so excited.

The energy level was sky high.

We had three balls and were passing them around as we headed up the mountain. 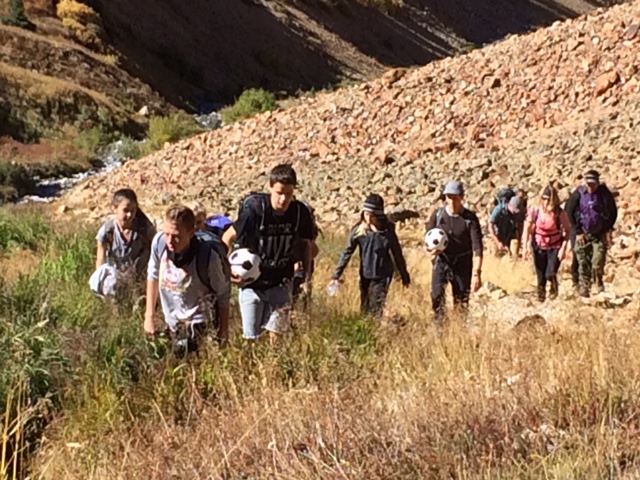 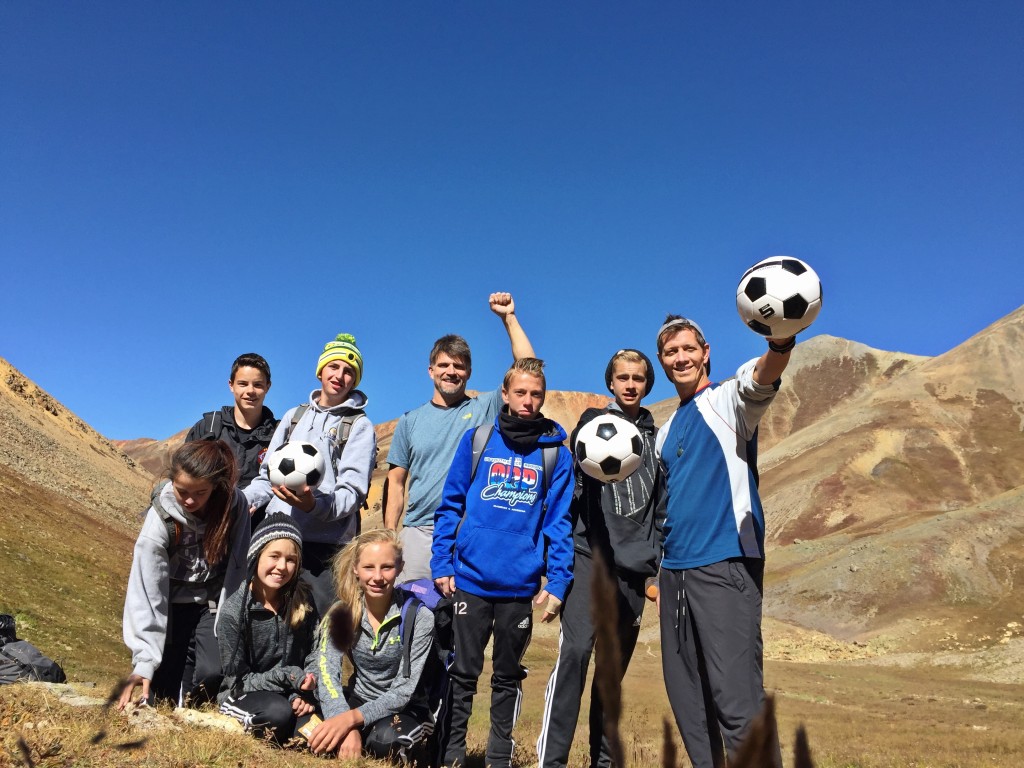 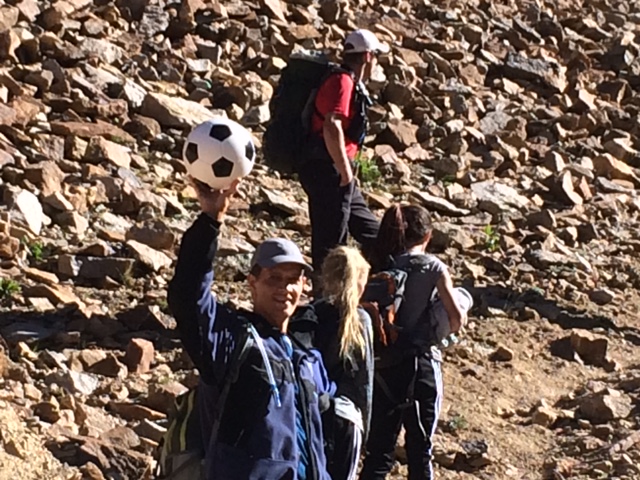 12,000 feet – the air is getting thin, the vertical incline very steep, fatigue is setting in. As we kick around with one of the balls at a break, we lose it down a ravine! A search and rescue team member sets off and finds it one hour later down the mountain. But all is good – we have 2 other balls.

13,000 feet – I’m fatigued and feeling so dizzy. One of the youth soccer players who has a cold is getting oxygen.

13,500 feet – My body is shutting down and I’m so light-headed that I feel like I’m going to fall off the edge of the cliff as we climb. 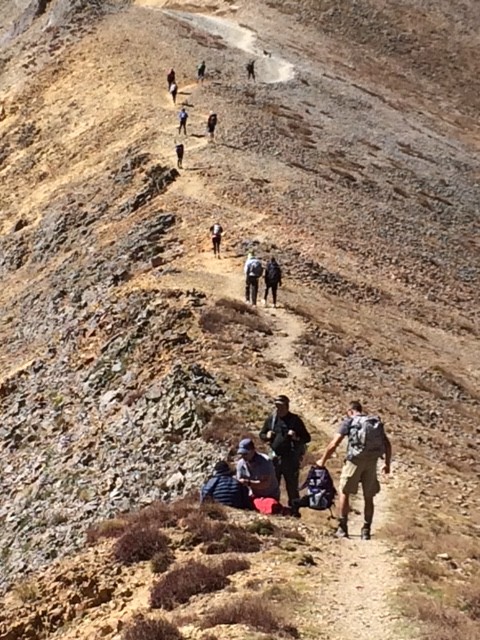 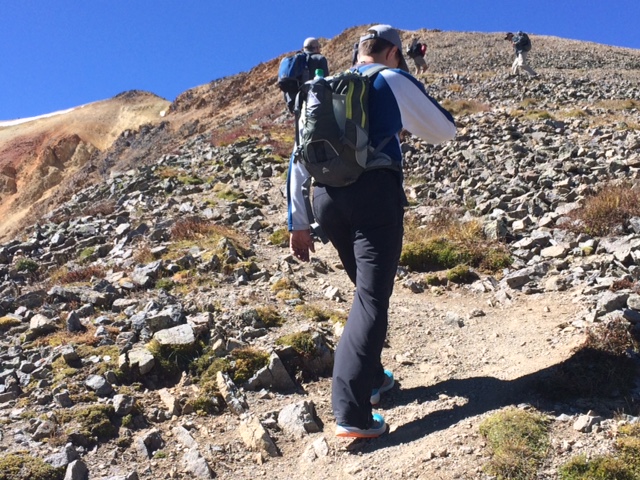 Paul keeps us going. “You can make it!” he yells, rallying us up the mountain. We pause for a moment to have this convo on the side of the mountain:

At this point, I’m completely exhausted, my body is numb, the altitude is making me dizzy – I DON’T THINK I CAN MAKE IT.  Going from sea level to altitude was much harder than I ever imagined!

Have you ever had a moment like this? Where you feel like you can’t physically do it, but all the pressure and expectations around you tell you that you HAVE to push on?

This was one of those moments for me. How could I let down Paul and all of the people that had gathered to make this possible? Even worse, how could we let down Thomas and the kids in Ghana?

So I knuckled down and just kept pushing ahead. My mind stronger than my body. We kept climbing, and after 5 hours, we made it to the incredible summit of the mountain: 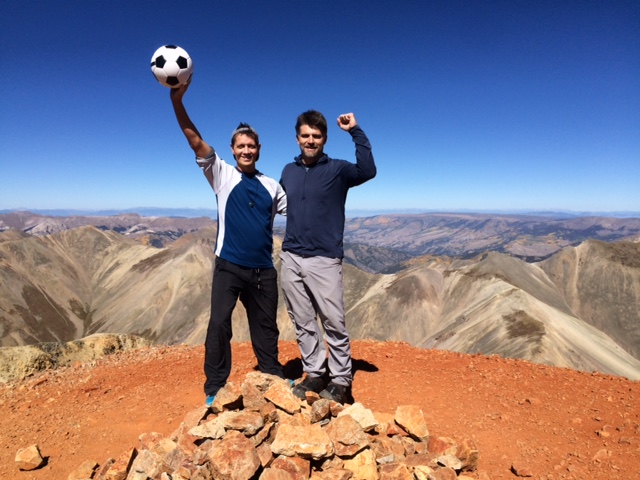 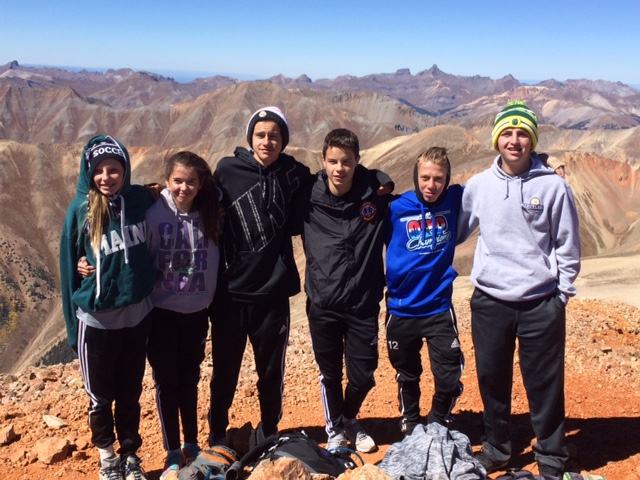 As the youth soccer players tried to individually do 100, the second ball bounced off the edge and rolled down into the abyss.

WE ONLY HAD ONE BALL LEFT.

The pressure was on.

I tried to juggle to 100 by myself, but every time I got to 40 or 50 juggles, I was just too dizzy to continue. My mind would spin in circles, I was so light-headed.

If only I could rest for a moment and acclimate. We asked for an hour to rest, but the search and rescue team announced we had to initiate the descent in 45 minutes!!!?!!

I tried a few more times, but kept blanking because of the altitude. The youth soccer players had also tried, but couldn’t do it. What wasn’t so challenging for us at basecamp, felt IMPOSSIBLE at the top of the mountain.

Time was running out. This was about to be a complete failure. The pressure was on BIG TIME.

Meanwhile, the film crew from Matchstick Productions was panicked.  “DON’T LOSE THE LAST BALL!”  All this effort was about to be a huge bust.

This is the power of team effort.  As a group, we made it happen.  Thanks to these awesome youth soccer players, we launched the movement.  That’s some great karma!

I can’t wait for you to see the official video.  Here’s a cel phone teaser of us getting ready to descend:

Redcloud Peak… ‪#‎100Anywhere‬ was kicked off.

A team effort like this would never be possible without the generous sponsorship of individuals and organizations that contribute to the cause.

Below are some of the key people and sponsors that have been instrumental in launching this movement:

The Bureau of Land Management

Very special thanks to all the support from King Hickory and Blue Gaucho: 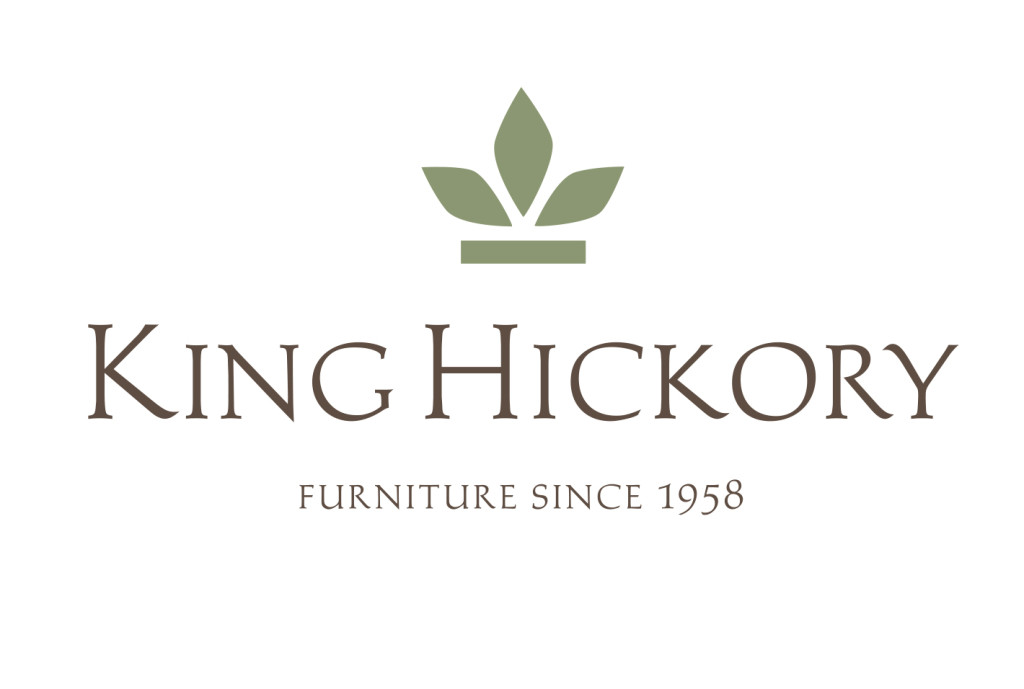 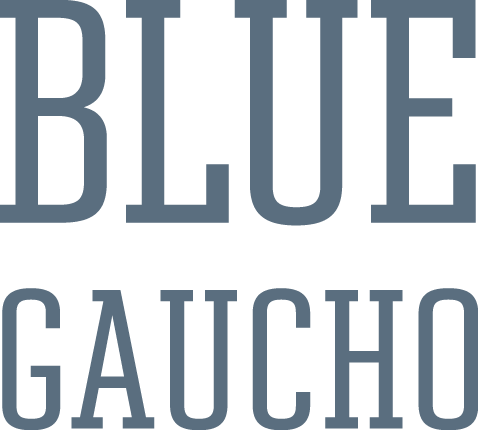 To the pumped up members of CrossFit Gunnison that were so helpful in getting up the mountain:

And to the talented Garlic Mike:

Plus the crew of Matchstick Productions.

Matchstick Productions filmed the event and is putting together the official video. They are the brilliant minds behind many extreme outdoor films, such as this insane ski line.

So… stay tuned! Our official launch video is coming soon, thanks!!!