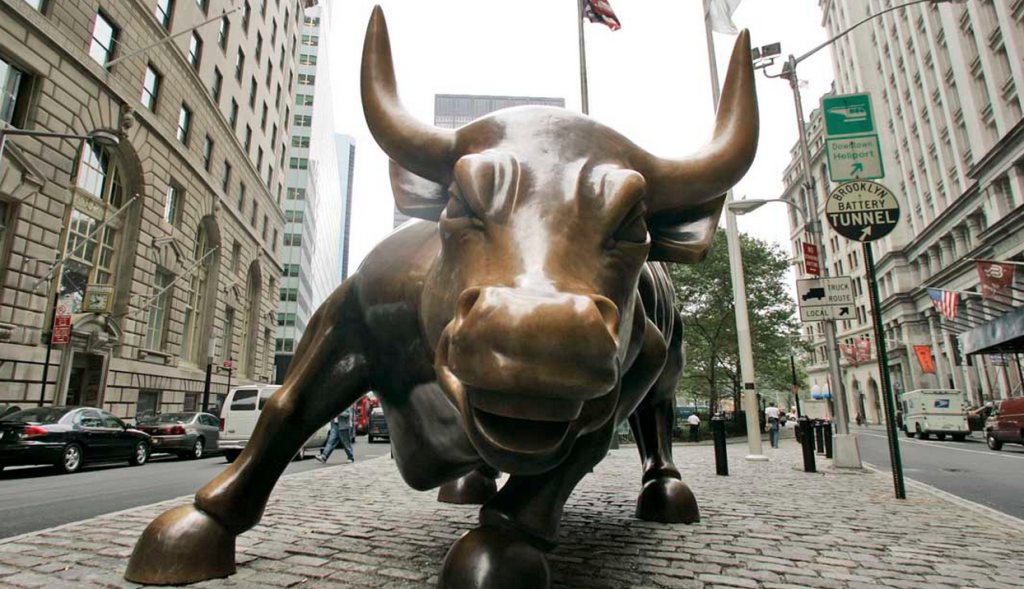 It was a frigid East Coast morning and I was nervous. I had been flown out for the final interview round with a real estate investment bank, and I had a big day ahead of me.

This was my last chance. I had blown my interviews with JP Morgan and Goldman Sachs and I didn’t have any other prospects.

I was desperate – I knew absolutely nothing about investment banking. Nothing! I didn’t know what financial statements were. I barely knew the difference between debt and equity. Just a month prior, I had been studying to go to law school. And then the NOVICA idea struck and completely changed the course of my life.

So there I was, in an ill-fitted suit, nervous, barely 21 years old, trying my hardest to sound calm and intelligent.

By some stroke of luck, my first interview had gone decently. I was half way through my second interview when a very cocky, burly guy entered the room. Suddenly, the mood shifted.

He shot a glance at his colleague and then began:

“So, we were all wondering what was going through your mind when you submitted this writing sample along with your resume.”

“The writing sample? Oh, I just wanted you guys to know that I could write creatively.”

Looking back now, I see how absolutely ridiculous it was for me to submit that writing sample. What was I thinking? This was a real estate investment bank and I had enclosed a few pages of creative writing about a man that crashed into a street kid in Peru. What??

“Do you think you’ll be doing a lot of creative writing here?” he asked, adjusting the suit around his heavy frame and looking over to his friend. In hindsight, these guys were obviously screwing with me. But I didn’t know what to think back then.

“Probably not,” I hesitated. “But I wanted to make sure I stood out.”

Stood out was right. I had no chance of getting that job. I boarded the plane back to the Bay Area in a slump. I had no other interviews lined up.

My path had felt so clear to me up until that point.

I knew that to start up NOVICA I needed to learn how to raise money.

We were thinking big. Really big. And in order to lead a team to that kind of success, I knew I needed skills greater than those I currently possessed.

It dawned on me early on. If the future success of NOVICA depended on whether or not I could learn to make deals, raise capital, and meet the right kind of people in the financial world, the path to that future was equally clear. I had to become an investment banker. It was urgent and there was no other way.

Now, I realize that sometimes thoughts strike us as urgent in the moment, but aren’t quite as imperative in hindsight. So I really had to ask myself whether investment banking was merely a diversion, or whether it felt essential to moving forward. And this question is actually more nuanced than it seems. Because in addition to all your rational thinking about your startup, there is always the underlying fear that someone else might get to your idea before you do, and that alone is enough to accelerate any launch date.

So why didn’t I just start NOVICA right out the gate? After all, my personal mantra had always been “Just do it!” And although at the time, the principles of Lean Startup hadn’t yet been codified, even then I would have agreed with the claim that, “if you’re not embarrassed by your first product, you’ve waited too long to launch.” And yet, something pushed me in a direction that seemed, from the outside, to lead away from NOVICA and into an entirely different realm.

As entrepreneurs, we have to reconcile two very divergent demands. On the one hand, “Just do it!” and on the other, “Slow down, build skills, and incubate.” How do we know which one to follow?

In my own case, it came down to this line of reasoning. Most startups fail. They’re often started by smart people with good ideas. And still, this combination doesn’t guarantee success. Why is that? It has something to do with the fact that all our ambition, all our passion and forward momentum doesn’t make up for the skills, connections, and vision necessary to take a good idea to the next level.

To anyone building a business, I would always first ask: “what do you really need to pull this off?”

You wouldn’t be a scientist, or an architect, or a doctor without some training. Why would you believe that your natural talents are enough to pull off a startup?

Let me clarify here a minute. I’m not saying that natural talents won’t get you far. You may get lucky and they could take you all the way. Personally, I knew that my own aptitude and enthusiasm were essential. But I also knew that I lacked the skills to build a successful company. Of course, there’s no way to know what would have happened had I just jumped in. But, given the fact that it took over $20 million in capital to get NOVICA to where it is today, my guess is that we would have had a very hard time pulling it off.

And that’s why I refused to stop. Even as I bombed one interview after the next—and I kid you not, it was one of the most humiliating periods of my life—I was still a man on a mission. I needed to get an investment banking job one way or another.

So fast forward two months and I’m sitting in an auditorium preparing to take a 20-minute standardized test of math and logic games. A few weeks earlier, I had discovered a little known program called the Prudential PACE program, and again, I had been flown out to New Jersey for final rounds. If I could land the position in the PACE program, I would get three full months of training in accounting, portfolio strategy, equity and debt valuation with some of the best business school professors in the country. And I would get paid for it! Are you kidding me?

But on the day I arrived, there were only 20 available positions and busloads of candidates vying for them. They all seemed so polished. What chance did I have?

Although I knew nothing about finance, I had been studying for the LSATs for the past year, and after dozens of practice tests I was killing it! By the end of that day I had landed the job. Allelujah!

The incubation period for NOVICA had officially begun.

All throughout the training, I had NOVICA on my mind. I devoured finance books at night in my little Fort Lee apartment. I had asked each of the professors and mentors for their favorite books – Liar’s Poker, One up on Wall Street, books by Benjamin Graham and Warren Buffet, finance textbooks, as well as some fun books about the wild days of banking in the 80s.

When the training period was over it was time for us to get placed. I had my sights set on the investment bank, but out of 20 of us, again, there were only four available spots. And of those, only one in the highly coveted Private Equity group, led by Tom Shattan, one of the gods of Private Equity on Wall Street. That was the spot I wanted. The spot I needed. But my competition was fierce.

The next day, none other than Tom Shattan himself came over to New Jersey to interview us. He was Wall Street incarnate: polished bald head, grey pinstripe suit, bright pink shirt with a white collar, cufflinks, Ivy League pedigree and an aura of power surrounding him.

As our interview progressed he seemed unimpressed. Distracted. He glanced around the small room as I spoke. I could feel the job slipping away. But then, the most unexpected thing happened. As we were wrapping up, his eyes suddenly fell upon a tiny bullet point buried at the bottom of my resume. He glanced up at me.

“Wait a second,” he said, “You wrote for the Stanford Daily?”

I experienced the sweetest vindication at that moment. As it turns out, what he needed more than anything was a good analyst that could also write articles for his newsletter.

“Do you have any writing samples?” he asked… Yes!

I had finally made it to Wall Street!

So, let me put this personal challenge to you in the form of a thought experiment.

Pretend for a moment that money were no object, that you were financially covered for a year. And, through some divine intervention, we could guarantee that no one would steal your startup idea in the interim.

Here’s the question: What skill would you desperately want to possess to make your business idea that much better?

And be honest. If it’s a “need to have,” is there any possible way to get paid for it in the process?

This is how you open an honest conversation with yourself about whether incubation is really a diversion or an essential step along the path to your bigger goals.

On August 23, 2015, Paul Hower issued a challenge to do the 100 Juggle on Redcloud Peak. This challenge was heard around the world. And it ignited the process for a movement to build community soccer fields – the first one…